Viewing posts for the category SNP

There is no doubt that the UK is heading on a downward spiral with: an incompetent right-wing Prime Minister in charge, the economy in peril as we (possibly) crash out of the Single Market & Customs Union and a Westminster government power grab. In Scotland we have a get out of jail free card in the form of achieving independence, but we have some hurdles to overcome before we achieve it.

The most dangerous woman in the galaxy?

Well, we weren't sure this was legitimate at first because it looked like they spent less than 10 minutes with the photo editing software to create this image.

A poll, released today, commisioned by STV and conducted by Ipsos MORI has the SNP on a voting intention of 54% and Labour 30 points behind at 20%. Not far behind Labour are the Tories at 17% and the LibDems and Greens at 5% and 2% respectively. Plugging these figures into the prediction website Electoral Calculus produces a result where the SNP would win all 59 Westminster seats in Scotland. 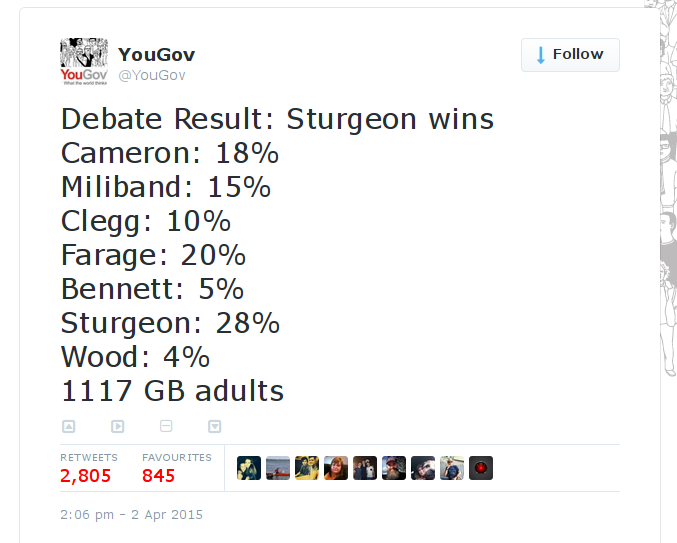 SNP candidate, Craig Walker, takes over 55% of the vote in the Fife by-election. The second placed Labour candidate took just over 35%.

Brian Cox has left Labour and joined the SNP

The Courier is reporting that the Hollywood actor, prominent Yes campaigner and voice of Duggy Dug Brian Cox is leaving the Labour Party and joining the Scottish National Party.