Viewing posts for the category Campaign

There is no doubt that the UK is heading on a downward spiral with: an incompetent right-wing Prime Minister in charge, the economy in peril as we (possibly) crash out of the Single Market & Customs Union and a Westminster government power grab. In Scotland we have a get out of jail free card in the form of achieving independence, but we have some hurdles to overcome before we achieve it.

As the dust settles on the 2017 General Election campaign, we find that the most right wing Tory government ever is to be replaced by the same bunch but this time held in place by the Democratic Unionist Party. That is a depressing outcome for anyone wanting to see progressive politics prosper in Scotland, and the UK.

Run it up the flagpole

Just over a week ago, and prior to the 2017 council elections, I was perusing our Twitter timeline when I noticed the Tweet shown below.

As a Yes supporter, and activist, I often feel that combating the anti-independence lies and deceptions is like emptying a swimming pool using a teaspoon, you'll get there eventually but it takes an awful long time. It isn't that our arguments are poor or that we don't have the skills to present them, it is just that we don't have access to the means of mass communication. No sooner do we make some progress than the mainstream media turn on their taps and the pool rapidly fills again.

Paws and Claws Up for Yes

The truth about shipbuilding

From the surviving members of the 1971 UCS workers

To return to our nautical theme it would seem the No campaign scaremongering on shipbuilding has just been blown out of the water. 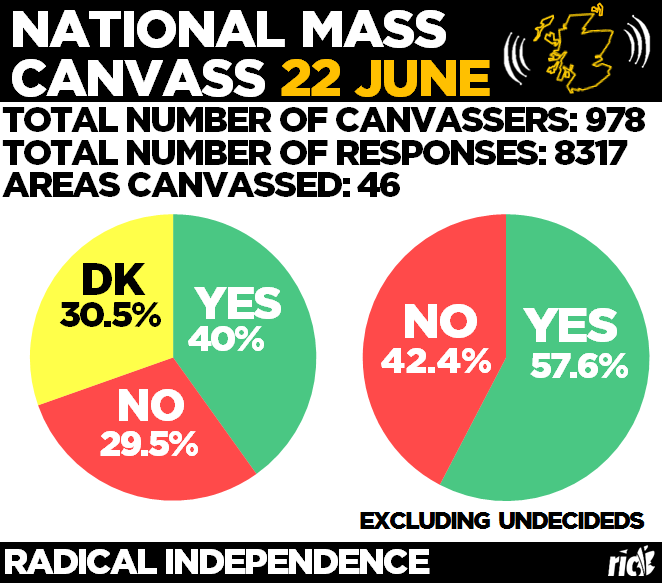