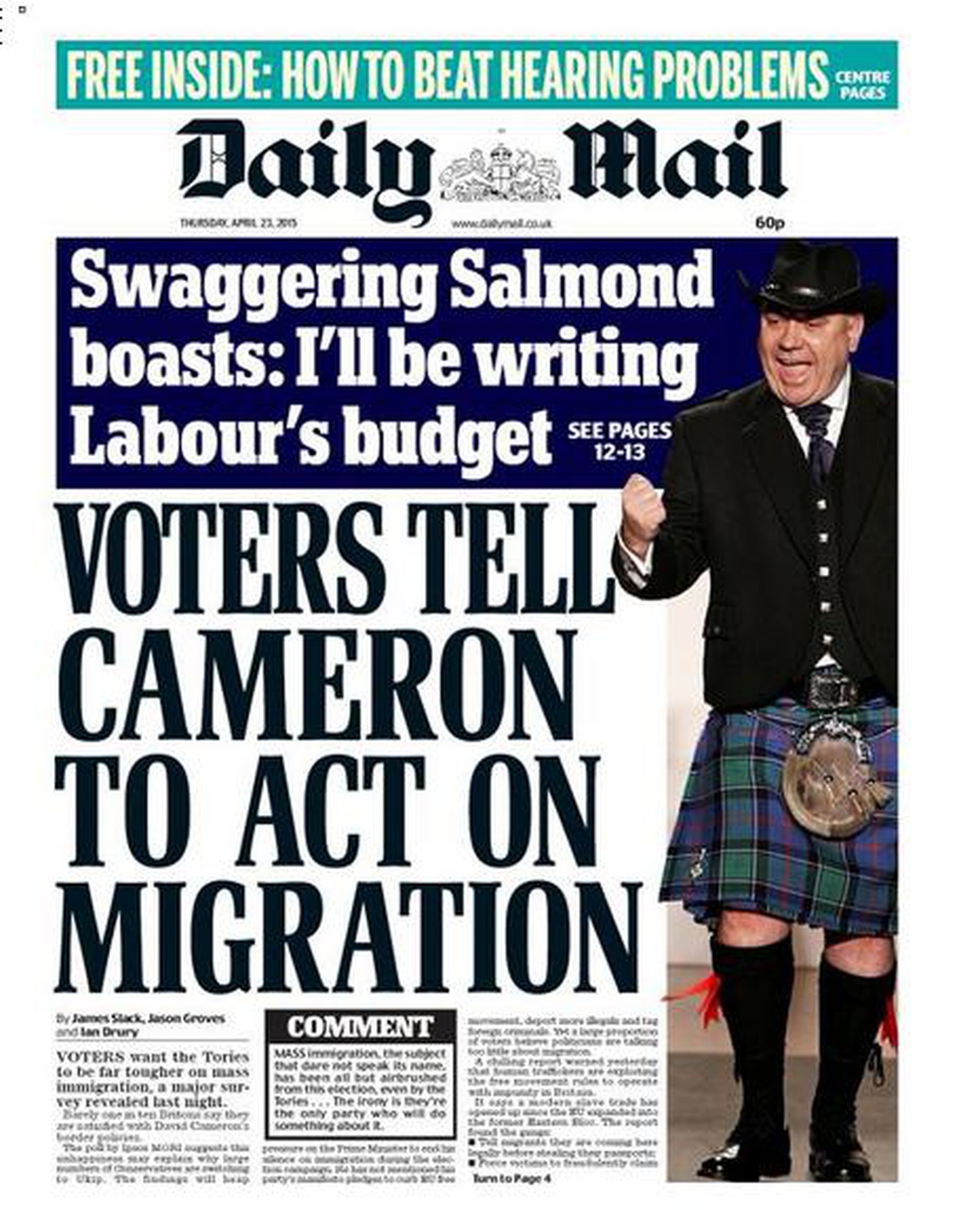 The Tweet then has an embedded 28 second video showing a relaxed Alex Salmond talking in front of an audience at a public meeting for SNP candidate Ian Blackford. The former First Minister is actually making a joke in reference to a Conservative advert placed on billboards all over England and Wales. The Miliband in Salmond's pocket billboard has been mercilessly parodied on the internet for weeks.

For Mr. Cameron to pretend not to realise this was a joke about his own billboard campaign stretches credibility to breaking point and beyond. However, that hasn't stopped the right wing mainstream media from jumping on the story with glee as the Daily Mail front page demonstrates.

If you have the media on your side perhaps no story is too preposterous.