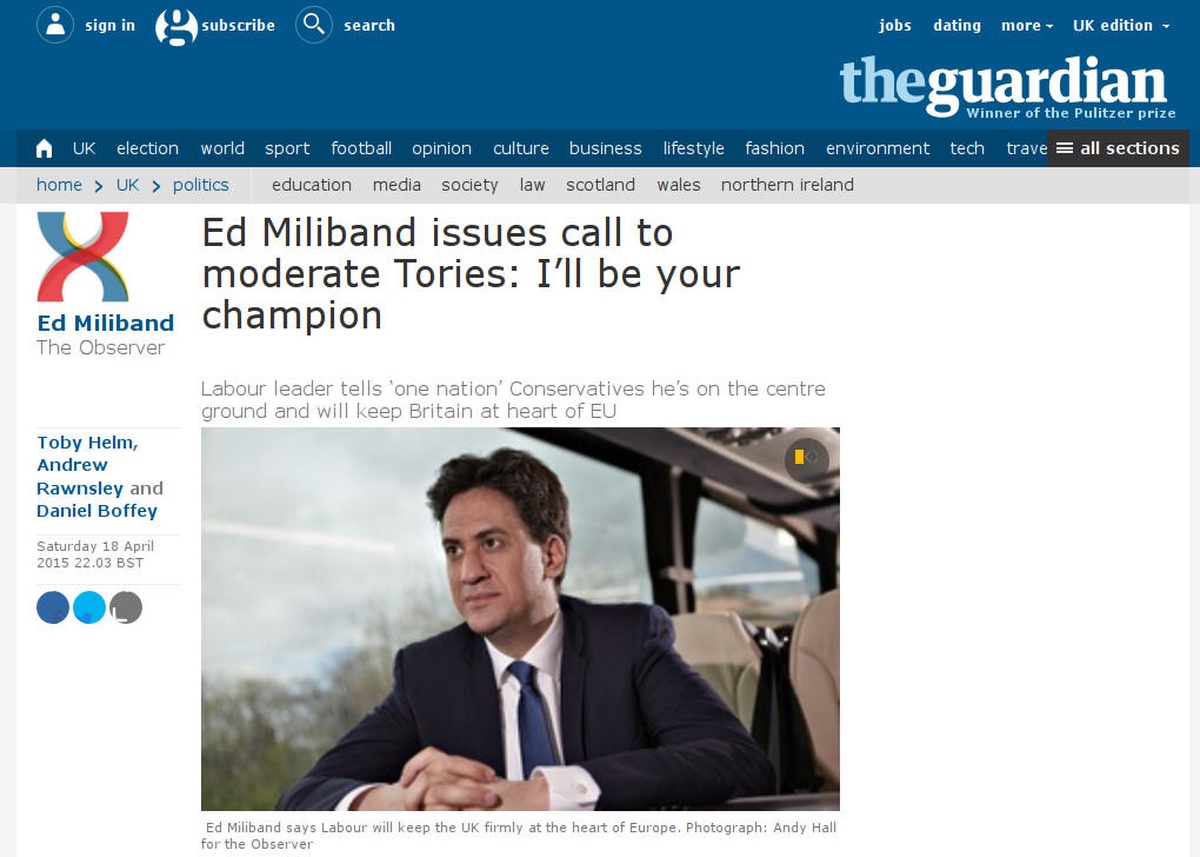 and perhaps even more damning:

This wooing of Tory voters in England will probably not go down well with the dwindling number of traditional Labour supporters in Scotland who are still considering voting for the party. It may be a sign that Labour think they cannot salvage the situation in Scotland and must instead chase the centre right ground. Over to you, Jim.