It is a common political technique to do some research prior to launching a campaign or announcing a new policy to assess how voters might react. Sometimes this research takes the form of focus groups, sometimes it is opinion polling. If you want to get genuine responses it is usually advisable to get an agency or polling company to conduct the research anonymously otherwise the respondents may tailor their answers according to their political prejudices. In recent times, with the prevalance of the Internet, online opinion polling is probably the most common and cost effective. The polling companies then manage panels of voters who they invite to complete the polls.

As some independence supporters are included on these online panels interesting questions sometimes leak on to the Internet. Yesterday, one such poll was leaked via Twitter but in this case it wasn't so much interesting as perturbing. 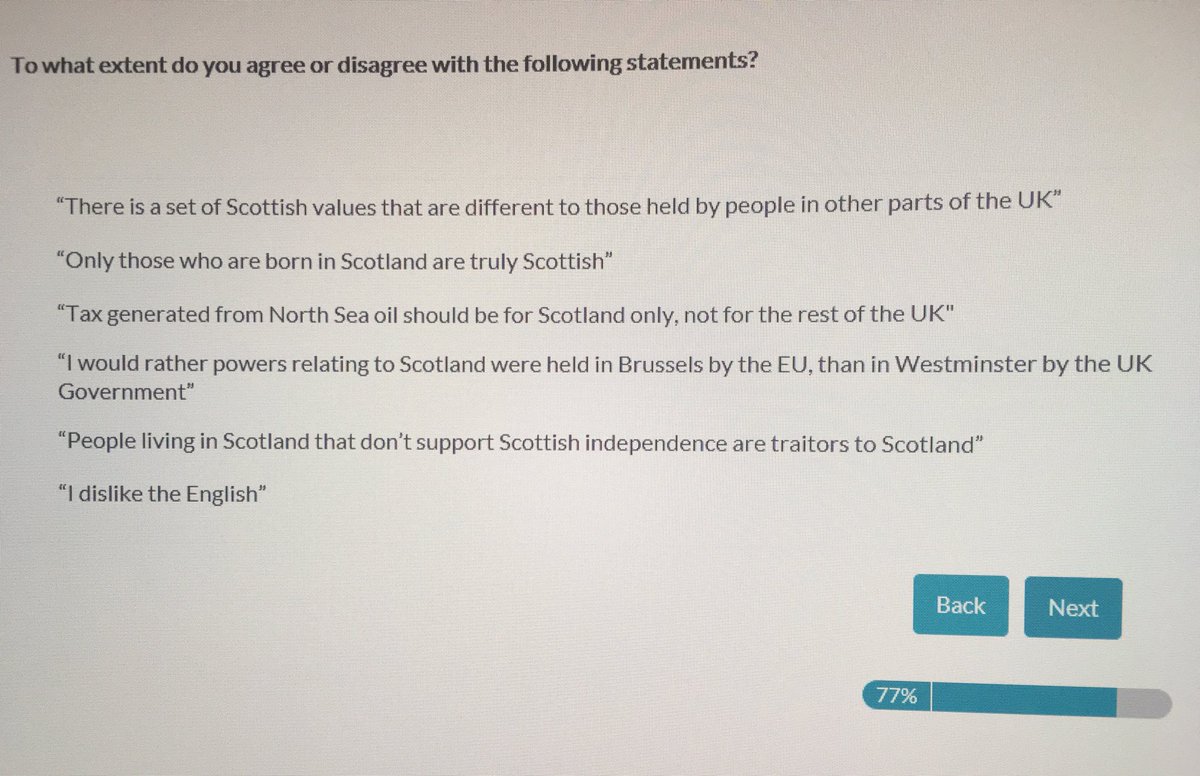 We will allow readers to come to their own conclusions about the nature of the questions shown in the screenshot above. The curious mind would then turn to who would be commissioning a poll with such despicable questions. Without further information our minds immediately sprang to some far-right party or a nasty unionist group. However, it wasn't long before the next screenshot was posted that provided a big clue as to who commissioned the poll. 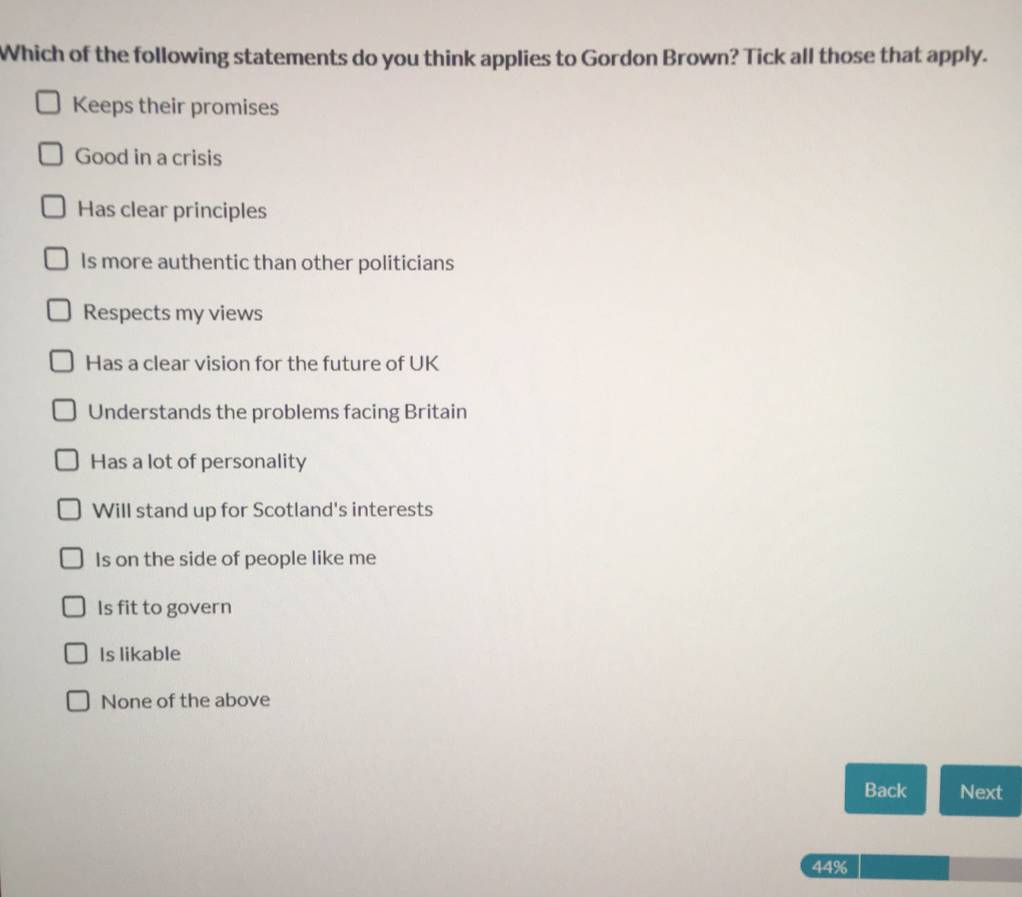 Oh dear, we think we can see where this is heading. Should someone tell Kezia?

The poll may not have been commissioned by a political party, it might have been a newspaper or campaign group. Either way watch out for a major intervention coming our way soon.

None of the above?

@Thomas
I would have thought so too.

I just wonder who in their right minds would tick the box next to:
"Has a lot of personality"

That must be one of these trick questions to test if people are being honest/paying attention.