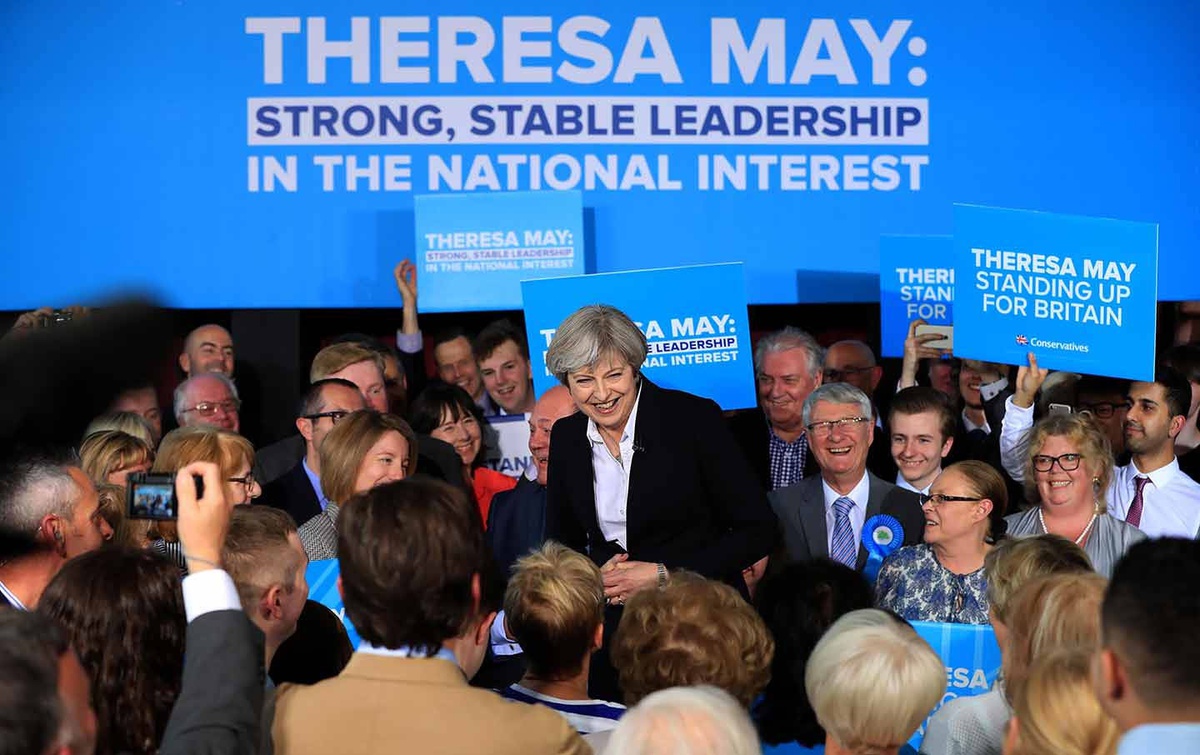 If this general election campaign is remembered for anything it will be the Tories complete inability to engage with the public or the media. This lack of engagement is exemplified by Theresa May's vacuous so called public meetings. Long gone are the days when Tory leaders would go on walkabouts in town high streets where they could actually meet the public. Instead, we are treated to mock events filled with the party faithful brandishing expensively printed posters with the current in-vogue CCHQ sanctioned slogans. The events are always in out of the way locations where access can be easily controlled and the media are sworn to secrecy. 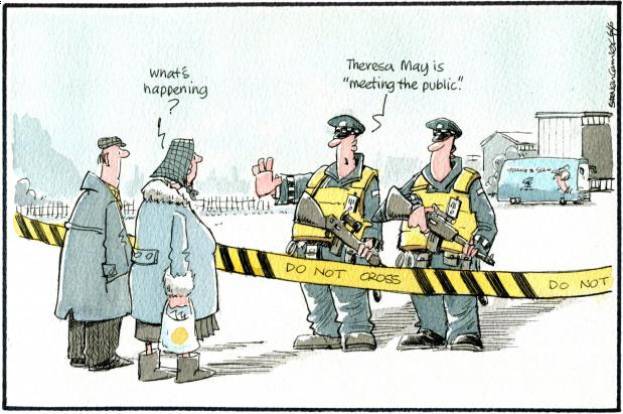 The whole point of these events is to give the impression that Theresa May is engaging with the public and is being supported, nay adored, by everyone listening to her eloquent oratory. The Tories then rely on the print and broadcast media publicising these events on the evening news, or the next day's newspaper, by presenting tightly cropped shots of a "popular" Prime Minister entertaining the "crowds". The reality is the public aren't invited, so no questions from them, and even the media and their questions, are vetted beforehand. Journalists aren't even trusted to hold the microphone.

It is easy to understand why newspapers like The Express and The Daily Mail meekly comply with these shams as they have bought into the role of Tory propagandists, but what about all the other journalists? Why don't the other members of the Fourth Estate refuse to have their questions vetted? Why don't they point out that these events are populated only by party activists and the media? Why don't they publish the wide angle reality photo rather than the tightly cropped propaganda shot?

Well, we suspect it is all about access, power and control. If a journalist is covering an event by a smaller party they can afford to point out any deficiencies in the proceedings as they know the party needs the exposure. However, if it is one of the two big parties the journalist has to be able to report on the event as the viewers or readers expect it. If the journalist reports on the sham elements they will get locked out of future events and have nothing to report. It's that simple.

It is probably too late for this campaign but all journalists need to steel themselves and call out these shams as eventually the public will catch on and the reputations of those willing accomplices will be forever tarnished.

Totally agree with this post and the comments re the journalists, who are participating in these Tory publicity shams - some willingly to pursue their own goals & others, with no choice, under duress.

Let's focus, too, on the Tory activists, who form part of the public meetings T M descends upon.
Are they willing participants? (Apart from photograph above, but camera on its own does not reveal all)
IF they fail to reflect on this fakery, what kind of society are they condoning for the rest of us?

@Julie
The Tory activists are complicit too but ultimately, it is the Tory leader, Theresa May in this case, who is responsible for these events. Although David Cameron also had some events like these, he at least did some interviews and debates. Mrs May seems incapable of doing any interviews, debates or even just answering questions in a meaningful way. For her to then campaign on a platform of strong & stable leadership is a complete sham.

If journalits want to claim they are the guardians of democracy they MUST call out these events for what they are, as otherwise they are failing in their self appointed role.